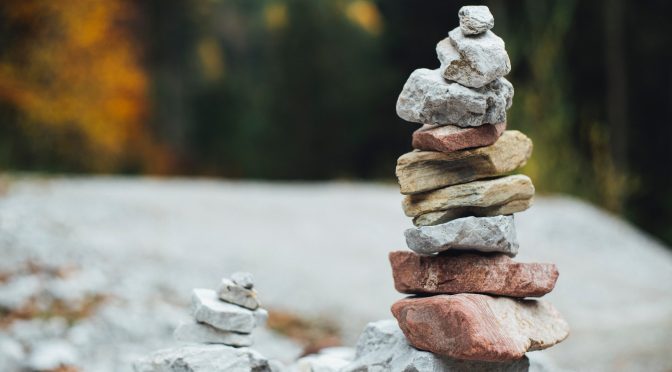 Unity has never denoted uniformity, rather a singleness of mind. If my husband and I have different discipline styles, we are not divided, rather the fact that we both have a common end goal, testifies to our unity. We have a single aim, namely to discipline our children and ourselves. As long as discipline is taking place the methods he and I employ, respectively, have no bearing on the state of our union. The same is true for unity in the church; we have a common goal. Unity in the body is found not in our similarities, but in our similar goals, not in our uniform looks, but in the uniformity of our purpose, not in the fact that our doctrines measure equal line for line, but in the belief in the Word and its inherent value.

In one Spirit we were all baptized into one body — Jews or Greeks, slaves or free — and all were made to drink of one Spirit. 1 Corinthians 12:13

Jews and Greeks were baptized into one body, also the slave and the free. Can you imagine with me, after being grafted into the Vine that is Christ, that every one of those Jews and Greek were now anodyne people, dull and without opinion, having instantly lost all the colloquialisms and eccentricities afforded them by their respective cultures? Of course not! Being baptized into the same Body did not uniformly alter them beyond distinction. If our brand of unity demands someone deny themselves to within an inch of death, we have merely demanded agreement with our views. In Church we will always encounter people with view and opinions different to our own, and the greatest unknown truth to realise here is that we can still have unity, regardless.

Unity is a neutral concept, denoting neither moral nor unmoral implications. What assigns virtue to unity would be the motive. If you and I assemble all our friends, we all sit around a fire and badmouth all the men in our lives, we are in fact in unity. Are we not being Godly for attaining unity? Not necessarily. Are we not powerful for aligning ourselves with a common purpose? Indeed. There is tremendous power in unity, unmatched actually, if the Tower of Babel is any measure to track by. What makes our unity in the Kingdom significant is the ultimate goal of uniting in love. Being bound together in love is what makes us effective ministers, it is love that compels our hearts to seek out the gold in others, and it is love that drives our feet to spread the good news to the lost. Being united in Him is the hallmark of His love for us. We have been baptized into Him, accepted into His Kingdom, incorporated into His family, and grafted into His very person. His being testifies of union. His word encourages sameness of heart and mind. His spirit empowers us to be bound to one another, carry each other’s burdens, and by His power lead each other closer to His good heart. Unity is secured as we take hands that do not resemble our own, listening to opinions that devalue our own, and having patience with the soldier next to me who can’t shoot the enemy to save his life. We secure ourselves as one as we seek, in various ways, His heart and presence. Study, show yourself approved, work out your own salvation, and do not neglect to get together and unite hearts and minds with those who both uplift and challenge you.