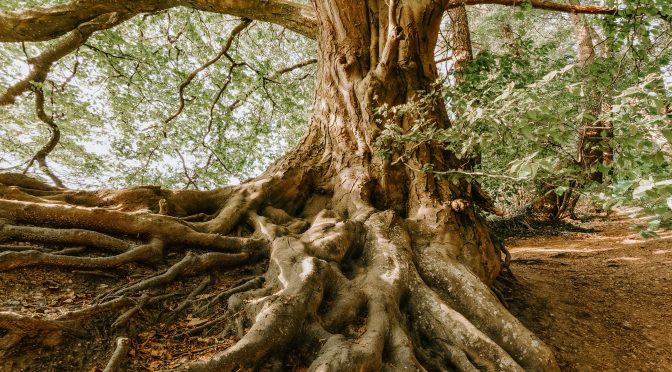 Read with me, “And seek the peace of the city whither I have caused you to be carried away captives, and pray unto the Lord for it: for in the peace thereof shall ye have peace. For thus saith the Lord of hosts, the God of Israel; Let not your prophets and your diviners, that be in the midst of you, deceive you, neither hearken to your dreams which ye cause to be dreamed. For they prophesy falsely unto you in my name: I have not sent them, saith the Lord. For thus saith the Lord, That after seventy years be accomplished at Babylon I will visit you, and perform my good word toward you, in causing you to return to this place.For I know the thoughts that I think toward you, saith the Lord, thoughts of peace, and not of evil, to give you an expected end.” Jeremiah 29:7-11

You know those times when you are desperate for an outcome? God has spoken to you to do something, but it is tough, hard, and seems to take forever. I want to draw your attention to the famous passage in Jeremiah. Jeremiah 29:11 is well known and quoted. But today I want to do a glance through some of the context that preceded the famous verse that we all know, “For I know the thoughts that I think toward you, saith the Lord, thoughts of peace, and not of evil, to give you an expected end.” Often times the fulfillment of the promise we seek is directly resultant to a preceding command. Here we see God telling the people to pray. Pray for the territory they find themselves in, so that it may go well with them. This is significant, because the territory they were in was that of the enemy. In other words, it was not the land they would associate with blessing, prosperity, or fulfilled promise. I have found myself in these places before; places I associated where I found myself with lack, burden, chaos and fruitlessness. I also, inadvertently believed it was due to a lack of movement or breakthrough from God. Funny that God comes to His people and tells them, pray for the place you find yourself in, because if they prosper, so will you. Here, their welfare was dependent on their ability to pray during hardship. Their welfare was tied into community. God comes and says, do not listen to the prophets of their land, and do not listen to the prophets and diviners belonging to this place which is not yours.

Previously they had received prophecy, but it was inaccurate. Hannaniah lied, promising imminent rescue to the Jews. But, God had other plans. Disappointed, they were searching for a new promise, a word, a prophecy. The answer is seldom what we expect. In their loneliness and feelings of being adrift, God brings relief in the form of family and communion. Their belonging was secured in loving those around them and building community together. There was no imminent relief, no sudden slaying of the enemy, and no rapid exodus to better promises. The promise of His goodness till stood, even when they were enemy territory.

This passage beautifully reiterates God’s desire for us to present a spotless bride and multiply children of God. If we take a close look at the context of this passage, we might recognize a theme that is common throughout Scripture; the unction to not be thrown about by every word we hear, but to be established and rooted in Him. So many times we listen to the words that sound good and promise imminent relief, at the cost of recognizing Him in those promises.

God says, listen not to the lies, and do not allow your heart to be swayed by words that sound good after I have spoken. Listen not to their prophets, for I know the plans I have. He knows the plans He has for you. He is trustworthy. We cannot use prophetic word as the lever that arm wrestles God into changing His mind about His purposes. Our answer is in leaning and yielding. Our strength is in quiet, but bold, trust.  He is a good father, He knows.  When God said “I know the plans I have for you,” He was reminding them that the words of other prophets don’t change His original design for them. I can just see God saying, “Settle down (literally in their case), and be”. Know Him. Know His plans, so that the words of others, when they come with their dainty morsels of fleeting hope, do not uproot the established words of God in your life. He knows His own heart. Let Him remind you that you are supposed to prosper! Even in territory that is not yours, even in the enemy’s camp, prosper! Have hope! Long life! He doesn’t always promise immediate relief, or an easy out. He sometimes promises personal sustainability in the middle of the threat. He offers an anchor for your soul. Wisdom would be to not  ask for another prophecy, but  a promise, because His words are sure- alive and active.  He is able to accomplish His word. It does not return void. Let it have its work in you! Establish your heart in the word of God, not man. Although prophecy is good, and integral to our Christian walk, it should facilitate community and build the body, not unhinge into facets, inciting factions.

What has He spoken to you? What are you trying to rush, that needs more prayer? There comes a time in every believer’s life where we become settled in Him, resting in His goodness and the knowledge of Him, where we are no longer sojourners, but settlers. We become established. In your heart, settle this today, that you know His plans is good. There is hope. Do not look for the promise of a quick fix. Listen not to the words of the enemy’s prophets. Listen not to the men of the land. Listen not to the lies that tell you to hustle for favor. Listen not to the voices of religion demanding action, NOW. Remember His words to you, and be settled. He has a plan, and it is good. You win.