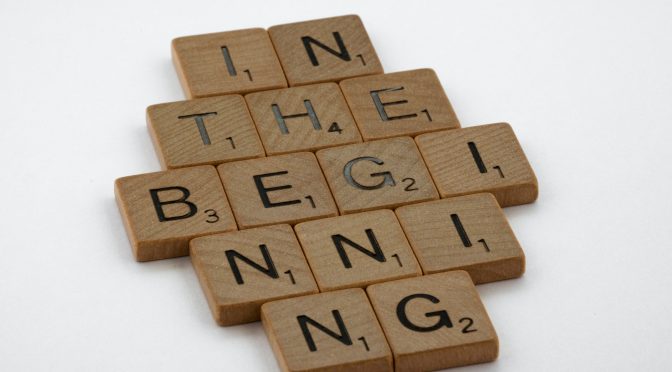 All throughout Scripture you see God being gracious in His provision, provident in His answers. Throughout the Old Testament we see God promising His children victory before calling them to arms. He is a God who initiates happening, seeing it through to completion. He starts things, and He finishes them. He is a God who always provides a way of escape, knowing what we need before we even ask. It is a marvelous concept to understand that He determined to love you, before you were even born. He knows the end from the beginning every time. Christ was crucified before the foundation of the world, God providing the answer before there ever was problem.

That thing haunting you, that problem hounding you, stealing your peace, the burden of regrets, the pain of loss, the challenge of faithfulness, all of these are included in the provision God has made for us, before we ever knew to even ask Him. He made provision for our suffering. Our answer is in knowing Jesus. The provision comes as a result of the nature of His love for you. Matthew 6:33 reminds that HE loved you first, before. Before you were you, before you could screw it up, before you could even understand it, HE loved you. His love came before you ever needed it. His love came before, an answer to your need.  In Jesus is the provision we seek.

Under the law, the priest, a man, had to go into the temple and sacrifice to gain atonement for the people’s sins. A man would go before there could be any sanctification. In Jesus’ life we see a divine exchange of law, works, and effort, with regard to man having to usher in sanctification. John the Baptist was sent to prepare the way, to announce Him, to go before once more. The crucifixion rendered man’s sacrifices obsolete. After the cross, we now have access to the presence of God, forgiveness and sanctification through the blood. There is no more man crying out in the wilderness waiting for the Messiah, after the cross He now makes intersession for us. He went and did what no man can do. This made Him the first of many brethren.  This is the end from the beginning, His death the end of His life, His resurrection the start of ours. His blood testifies of a greater works. Under law a man had to go first. But then comes Jesus and  does everything perfectly, showing us how to walk like Him, to walk after Him.  He comes and finishes what He started first, allowing us to move in miracles and look like HIM! We get to be like Him.  We now never have to walk a road of sacrifice to gain forgiveness. We no longer profess the notoriety of man, we no longer prepare ways to usher in His presence. Now, after, we show up and be Him, allowing the finished work to put Him on display fully.  We just get to be with Him. He does the job completely, and offers us full sanctification. “For anyone who enters God’s rest, rests from his own works, just as God did.”  Hebrews 4:10

God is not human, that he should lie, not a human being, that he should change his mind. Does he speak and then not act? Does he promise and not fulfill? NUMBERS 23:19.  He is good. He was good before we could ever try to be. So be good because He is. He commands, be Holy as I am Holy. He was Holy first, setting an example of godliness, providing a means to be righteous, so because He is, BE.

He knows your end from the beginning!  He has already provided for your life according to His loving kindness. I want you to do this with me today, look at Him. Set your eyes on His face. See Jesus, lock eyes with Him. Know His face, know Him. Who is this man? He is the one who knew you first. He knows you most. He knows you. Know Him. Allow your heart to search out His. Understand that He loves you. Be defined by His gaze. Revel in His friendship.  Set your affections on Him today, and experience your worries dissipating.  Look at Him, know Him, and receive the peace that comes from knowing Him. It might be hard for some people to look on a man. You might associate this human Jesus with every other human, those that betray and fail and cheat. I want to urge you to know Him. Remind yourself He is a good father, brother, friend, man. He loved, first. He died for you. He chose you, because He already knew you. This is amazing, Romans 8 says, He foreknew you! He  then made you in the image of His son, who was the first of many brethren. (Romans 8:29) He was, so we can be.