This is an awesome friend of mine that preached here at our ministry on the 21st July 2017 & contains so many truths!

It was recorded in Afrikaans & has been divided into three parts. Enjoy! 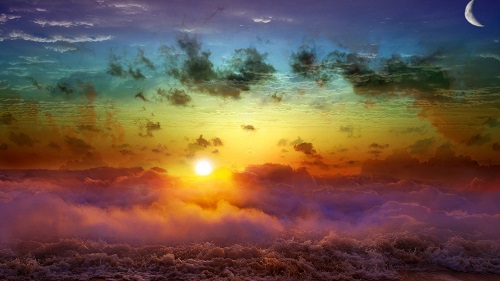 Something I’ve been thinking about. Jesus says that not one part of the law will pass away until heaven & earth passes away.

Not one part! Which means the whole thing is intact & ongoing or it passed away. Plain & simple.

Here is the verse with some before & after scriptures :

“Do not think that I have come to abolish the Law or the Prophets; I have not come to abolish them but to fulfill them. For truly, I say to you, until heaven and earth pass away, not an iota, not a dot, will pass from the Law until all is accomplished. Therefore whoever relaxes one of the least of these commandments and teaches others to do the same will be called least in the kingdom of heaven, but whoever does them and teaches them will be called great in the kingdom of heaven. For I tell you, unless your righteousness exceeds that of the scribes and Pharisees, you will never enter the kingdom of heaven. “You have heard that it was said to those of old, ‘You shall not murder; and whoever murders will be liable to judgment.’ But I say to you that everyone who is angry with his brother will be liable to judgment; whoever insults his brother will be liable to the council; and whoever says, ‘You fool!’ will be liable to the hell of fire.
Matthew 5:17-22 ESV

Problem with thinking the law is still intact is that we have to obey it all….all! Jesus after then made it worse by saying our inside feeling & thought is the sin & not just the act! There’s got be more to what Jesus was saying here right?

Problem with thinking it has passed away is that it says it will not until heaven & earth passes away & until all is accomplished.

We can maybe say all was accomplished on the cross but then what’s up with this heaven & earth statement? Is it a literal heaven & earth? If it is we better keep the law, the whole law(Law & Prophets)! Many of us just read through it without thinking twice.

“For behold, I create new heavens and a new earth, and the former things shall not be remembered or come into mind.
Isaiah 65:17 ESV

Then I saw a new heaven and a new earth, for the first heaven and the first earth had passed away, and the sea was no more.
Revelation 21:1 ESV

These verses show us that God promised a new heaven & earth.Rev 21 (above here) even says there is no more sea? Does this mean no one will swim anymore? 😜

Here is another promise :

Heaven and earth will pass away, but my words will not pass away.
Matthew 24:35 ESV

Both these passages(above here) in Mat & Luke saying heaven & earth will pass away is found in the same chapter that speaks of the temple being abolished & the Jews being killed (all part of the tribulation).

So Jesus came to fulfill, He did the law & lived a sinless life so everyone in Christ could be perfected in the Spirit, that’s why He says He did not come to abolish the law. But when does heaven & earth pass away? When is it all accomplished? It is when the former things are destroyed :The Old Covenant, Temple, Old Traditions.

These things(Temple) were not destroyed in the New Testament, even after the cross, everything in the NT was written before the destruction happened in 70AD. That is why you still read about the apostles doing things that were according to the law or event feasts of the Old Covenant at times even though as Paul said, it is fading away. For this same reason Jesus tells the Jews to teach the commandments & not to slack in them, then He makes it worse by implying our sin happens internally before the act. So there are believers today that still want to enforce the law from the Old Covenant, but only some of the laws. This is in direct opposition to what Jesus said here, He said : Not an iota, not one dot shall pass away!

If they are questioned to why they are not keeping the whole law, they say that they cannot since there is no more Temple or system in place. So isn’t it interesting that Jesus says in Mat 24 & Luke 21 that heaven & earth will pass away & that those are in the very chapters that He says the temple will be destroyed! Not so much coincidence if you ask me.

So what is heaven & earth? By simple interpretation, it is the whole system that the Jews held onto via the Old Covenant, the way they did things for God & interacted with God via physical objects & places.

Why this truth has not hit every ear across the world is because of Mat 24 & Luk 21 that speaks of a coming of the Lord and so this whole chapters gets flung into our future & way out of context. I won’t write on the “Coming of the Lord” here, but I can tell you that this “coming of the Lord” from these two chapters was a coming in Judgement like the comings from the Old covenant where the prophets would say God would be coming upon them, but what it looked like was not the imagery the prophet said it would be. It would be another nation attacking them by surprise. Just food for thought.

Is everything that was prophesied in the New Testament also fulfilled? No, Jesus will still return according to Acts 1:9-11. The glory of God will still fill the earth through His Children as well.

Point is, you are either stuck keeping the whole law & believing in the tribulation & Jesus coming that way or you believe the law passed away & Jesus is coming more like in Acts 1 or some other way according to scripture in the New Testament.